Is there such thing as Evel PR? - Currie 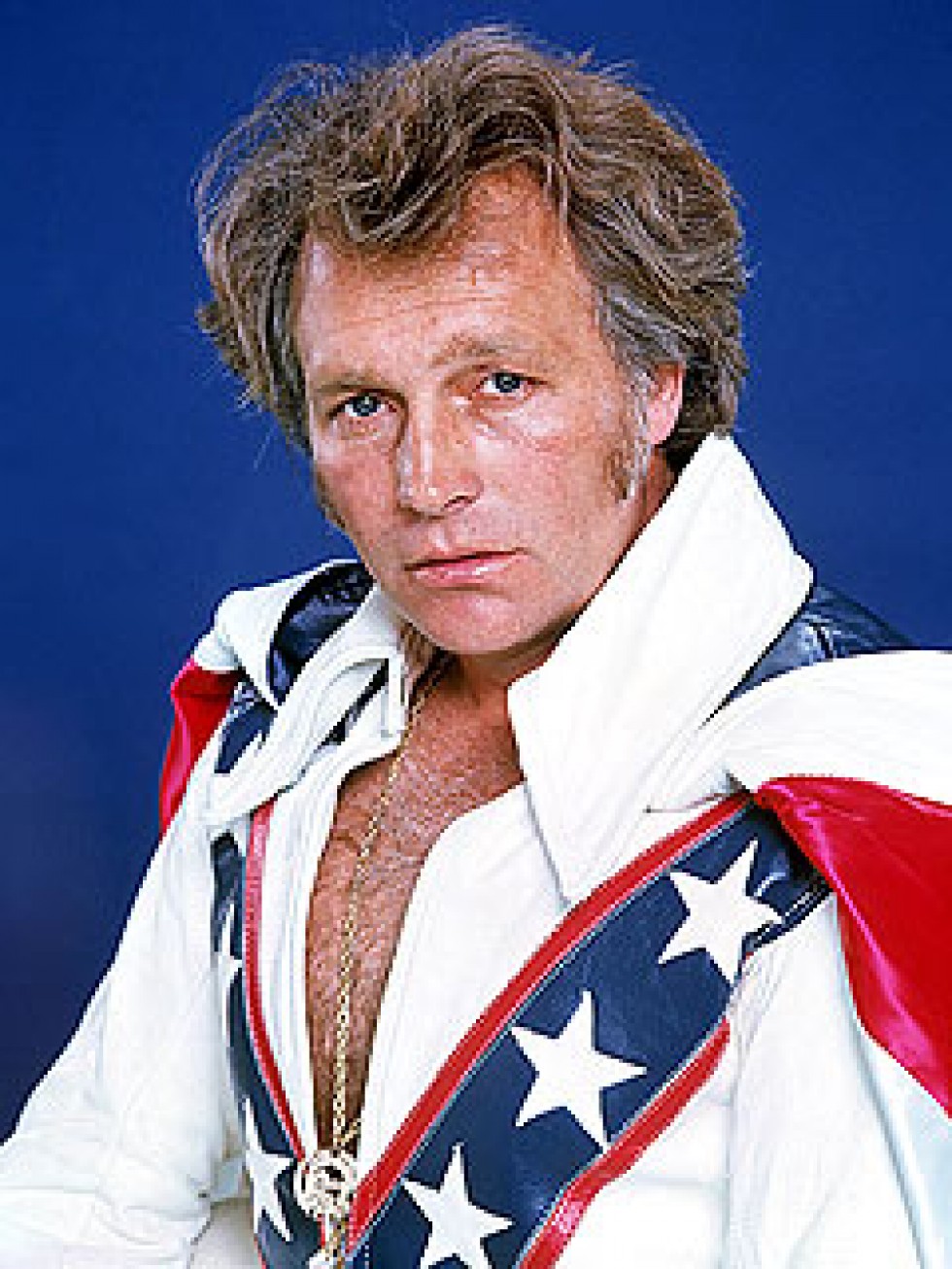 As a boy, Evel Knievel was the personification of awesome.

The Evel Knievel Stunt Cycle was my favourite toy as a kid. The key component was a plastic contraption that featured a crank that activated the gyroscope that powered the back wheel.

The rider was a bendable rubber figure, dressed in red, white and blue jumpsuit with a little white plastic helmet for a vinyl head, a little plastic cane. You’d put Evel on the bike, crank up the gyro as hard and fast as you could and the bike would shoot off at enormous speed across mum’s kitchen lino (or the lounge room shag), off ramps and out windows.

The possibilities were endless and the crashes brilliant. The motorcycle went one way, Evel another. And he always got back on the bike. Just like the real thing – although the toy version didn’t come with same level of testosterone or a gift for self-promotion.

So much of what Knievel said about himself was untrue – and having read Evel, much of what was until now left unsaid was true, namely he was an abusive, lousy and for the most part, heartless.

But the man was good at old-school PR – albeit in a not entirely ethical way that could only work in the late 1960s and 70s.

He decided to jump them.

But how to get an audience with the casino’s CEO, Jay Sarno?

Knievel placed phone calls to Sarno claiming to be from a number of media outlets such as Sports Illustrated and ABC’s Wide World of Sports, asking about when this Evel Knievel was going to jump the fountains. Of course, Sarno knew nothing of this and was confused.

Knievel then created a fictitious corporation, Evel Knievel Enterprises, and a few fictitious lawyers who would call Sarno on the corporation’s behalf, annoyed that Sarno was using Evel Knievel to promote the casino and threatening legal action.

As a result, Sarno agreed to meet Knievel and a date was sent to jump the fountains.

The jump was a disaster.

After a shot of Wild Turkey and a few warm up approaches, Knievel began the jump.

Hitting the take-off ramp, Knievel had a sudden loss of power which caused him to come up short, ripping the handlebars out of his hands, sending him tumbling and skidding across the parking lot.

As a result of the crash, Knievel suffered a crushed pelvis and femur, fractures to his hip, wrist and both ankles and a concussion.

But courtesy of Linda Evans’ (the same Linda Evans who would go on to star in Dynasty) vision of the crash, they had something crucial to any PR campaign – good pictures. And these were great pictures.

After the crash Knievel was more famous than ever.

ABC who initially passed on filming the jump live, bought the rights to the film – at a price way above that they would have had they televised it live.

Being a daredevil, crisis management is not a bad skill to have.

However, Knievel’s fame came to a grinding halt in the late 1970s when his crisis management plans went from capable to, well… illegal.

In 1977, Knievel’s former publicist, Shelly Saltman released Evel Knievel on Tour, a book based on recordings he had made on a tape recorder during the promotion for the Snake River Canyon jump.

Knievel was outraged because he claimed the book portrayed him in a bad light and misled the public about not only himself, but his family as well.

This is understandable. In PR we like to have as much control over ‘the message’ as we can.

What isn’t so understandable is that a few weeks after the release of the book, Evel went onto the lot of the 20th Century Fox Studios where Saltman was now Vice President and beat him with an aluminium baseball bat.

Despite his all-American stars and stripes persona, Evel was clearly not a fan of the First Amendment.

Which brings me to my final PR observation…

PR’s relationship with the client.

We do our job to make our clients look good.

Revealing how we do this to make ourselves look good does not always have the intended consequences.