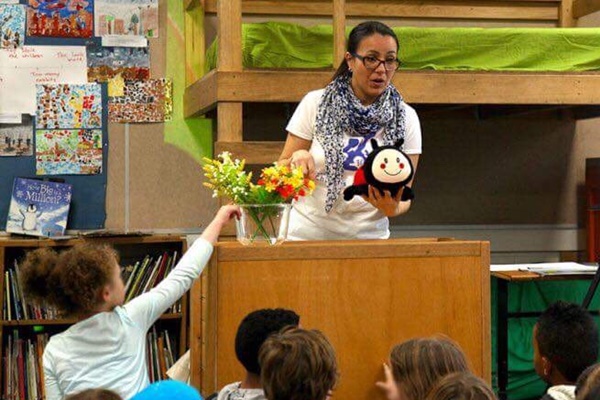 Australia’s migrant scientists are more likely to be working as taxi drivers or cleaners than as scientists, according to co-founders of a program which aims change that paradigm.

The Migrant Science Communication Accelerator program is putting science-trained migrants into schools to teach children about their field of expertise in short, fun, interactive sessions. It has the dual benefit of delivering more culturally diverse science programs in schools, and connecting migrant scientists with the science and science communication communities.

I was lucky enough to be involved with the program as a mentor to Columbian ecologist Carolina Zuluaga.

In the introductory session, we heard participants’ stories – all were terrifyingly smart people with impressive qualifications and multiple languages – as well as displaying the courage and energy characteristic of people who leave their home in search of a better life. Despite their talent, experience and endeavour, ALL were working in low skilled jobs.

Aside from the human toll this takes, how stupid are we as a country not to harness their gifts for ourselves? Think of the knowledge they can share, the problems they can solve – not to mention the tax they could pay as qualified professionals. A case in point – my mentee Carolina has experience working in the Galapagos on invasive pests. Surely we could do with some help on that?

My role as mentor involved a few simple things – providing CV pointers and putting Carolina in touch with (useful) friends and colleagues. As a new migrant, developing those all-important networks can be virtually impossible without a foot in the door. Now, after a few introductions, she is away and is applying for a Masters degree.

At the program’s graduation ceremony, there were many damp cheeks – including mine – when participants spoke about their experience over the last six months.

“I felt like myself again” said one woman. Another expressed how it felt to be treated like a professional again, rather than an unskilled worker – “I’m a postgrad in India but am only recognised for dishwashing in Australia. But now I’m a scientist again.”

National Science Week has showcased the rich scientific talent we have here in the Land of Oz. And we are getting richer thanks to the instigators of this program – Cultural Infusion, the Royal Society of Victoria and the Australian Science Communicators, supported by grants from the Inner North Community Foundation and the Scanlon Foundation. You recognised this opportunity – let’s hope others to do the same so we as a country can make the most of this tremendous resource.

To all participants – I can’t wait to hear about your next steps and contributions to Australian science and society. Very glad you chose Australia as your new home.

To read more about the program and Carolina’s story see the ABC story New program helps migrant scientists in Australia find their feet.

Gabrielle is the great-all-rounder: manager of consultation and stakeholder relations, writer of strategies and case studies, developer of collateral, passionate traveller and occasional tango dancer. She listens, she writes and she delivers. She’s had extensive experience and knows how to navigate government departments and the corporate world. Read more posts by Gabrielle.