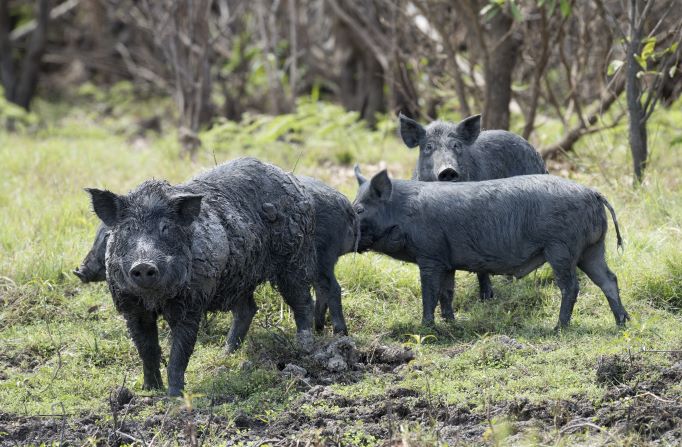 As the number of feral pigs roaming Australia increases so too is the damage they are causing to Australian agriculture and our natural environment. This impact will skyrocket if African swine fever breaks our biosecurity controls and they spread this devastating disease.

In conjunction with its research partners, leading pest management company Animal Control Technologies (Australia) (ACTA) has developed a specific bait and deployment system to control feral pigs – HOGGONE. After more than 10 years in development, the game-changing bait was ready to be brought to the market.

To address the feral pig problem and drive demand for its product, ACTA sought to raise awareness that a new humane, targeted and effective solution was now on the market, with the potential to have a significant impact on this feral pest. In early 2021 with pig numbers increasing due to the favourable season, the time was right.

Currie developed a practical communications and engagement strategy which targeted specific, relevant audiences and provided a foundation for ongoing promotion and outreach.

Informed by a communication review and a planning workshop with the ACTA team, the strategy outlined an approach to launch HOGGONE, followed by a six-month program of activity. We worked with ACTA to ensure messages were credible, both demonstrating the science and ensuring they were meaningful to the audience.

Implementation commenced in January 2021 with a national media launch. This was preceded by a practical media training session with key spokespeople that ensured messages were concise and delivered effectively to maximise media opportunities and pick up. The media release targeted journalists who focus on agricultural and environmental reporting, or had previously covered the feral pig or invasive pest issue.

Given the potential economic and environmental benefits of HOGGONE, we developed a briefing note to inform relevant federal and state Ministers and Shadow Ministers of its launch and attributes. We also developed a database of key influencers in the agriculture and land management sectors to support ACTA’s ongoing stakeholder engagement.

The launch succeeded in raising awareness of HOGGONE among target audience groups. It generated enquiries and sales leads, and ACTA received positive feedback from existing clients and other influential stakeholders, including invitations to present to interested policy officers and politicians.

ACTA is now well positioned to continue engaging with key decision makers and embed HOGGONE as part of the solution to managing feral pigs, both in Australia and internationally.

What our client says

“Currie is not afraid to be frank and direct. They give robust, constructive advice. Even if we didn’t agree at times, we appreciated their strength and confidence to make those suggestions.”